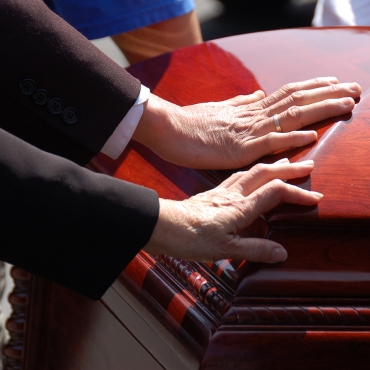 When someone dies due to the fault of another person or entity (like a car manufacturer), the survivors may be able to bring a wrongful death lawsuit. Such a lawsuit seeks compensation for the survivors' loss, such as lost wages from the deceased, lost companionship, and funeral expenses. Here's a primer on wrongful death claims -- what they are, who can sue, who can be sued, and what damages may be recovered. These cases can become very difficult to handle. We at The Firm are experienced professionals, who will fight for the just compensation you deserve.

What is a Wrongful Death Claim?

A wrongful death claim exists when a person dies due to the legal fault of another person. The right to file a lawsuit for wrongful death is a relatively new concept. "Common law" (the laws brought to the United States from England) did not allow this kind of lawsuit. But during the last century, state and federal courts created the right to bring a wrongful death action. Every state in this country now has some kind of wrongful death law.

Wrongful death claims involve all types of fatal accidents from simple car accidents to complicated medical malpractice or product liability cases. Persons, companies, and governmental agencies can be legally at fault for acting negligently (failing to act as a reasonable person would have acted) and for acting intentionally.

Who May Sue for Wrongful Death?

Life partners, financial dependents, and putative spouses. In some states, a domestic or life partner, anyone who was financially dependent on the decedent, and a "putative spouse" (a person who had a good faith belief that he or she was married to the victim) have a right of recovery.

More in this category: Spine Injuries »

From Google
Getting Past The Hard Times https://t.co/AUGDMvoLEG

From Google
Kacey Ligon aka Cassandra Claire and Thomas Chee on the adventures of a legend and government leader Dennis... https://t.co/rmUrvtMcoM
Follow Preston Rezaee on Twitter

This email address is being protected from spambots. You need JavaScript enabled to view it.